Measure of America used data as the foundation of the OurHome.nyc website. OurHome.nyc visualizes the relationship between life expectancy and public housing across more than three hundred NYC Housing Authority (NYCHA) development sites. By focusing on the census-tract level, OurHome.nyc helps elected officials, community organizations, and residents identify local issues that may be unique to particular public housing communities and make connections between housing and health.

Informed by the Maps , Dashboards , and Connections . The tool only includes census tracts which contain NYCHA developments, a feature which the NYCHA community requested so that the resource could compare NYCHA tracts to one another, rather than to the rest of the city.

When users navigate to the sites’ Maps view, the USALEEP data is the first variable displayed geographically across each of the NYCHA census tracts. Users can then select from 150 other variables to compare patterns across the city. The Dashboards view allows users to focus on one particular housing development and show variables alongside the USALEEP estimates. The Connections view allows users to look at the correlation, or lack thereof, between life expectancy and other social determinants of health in NYCHA census tracts. The methodology and interpretation of these connections can be found on OurHome.nyc, along with a and guided tutorial or policymakers, educators, and community organizers.

To ensure OurHome.nyc has community uptake, Measure of America hosted a launch event and invited community organizations and NYCHA residents to take part in a data challenge. The challenge encouraged participants to understand, explore, and explain health determinants and outcomes in their communities using OurHome.nyc. They also ran a live Data Scavenger Hunt for the community, where we ran a live training and gave away prizes to the winners of the hunt as part of the NYC Open Data Week. Finally, in late March, Measure of America is planning an in-person training session with the Green City Taskforce. 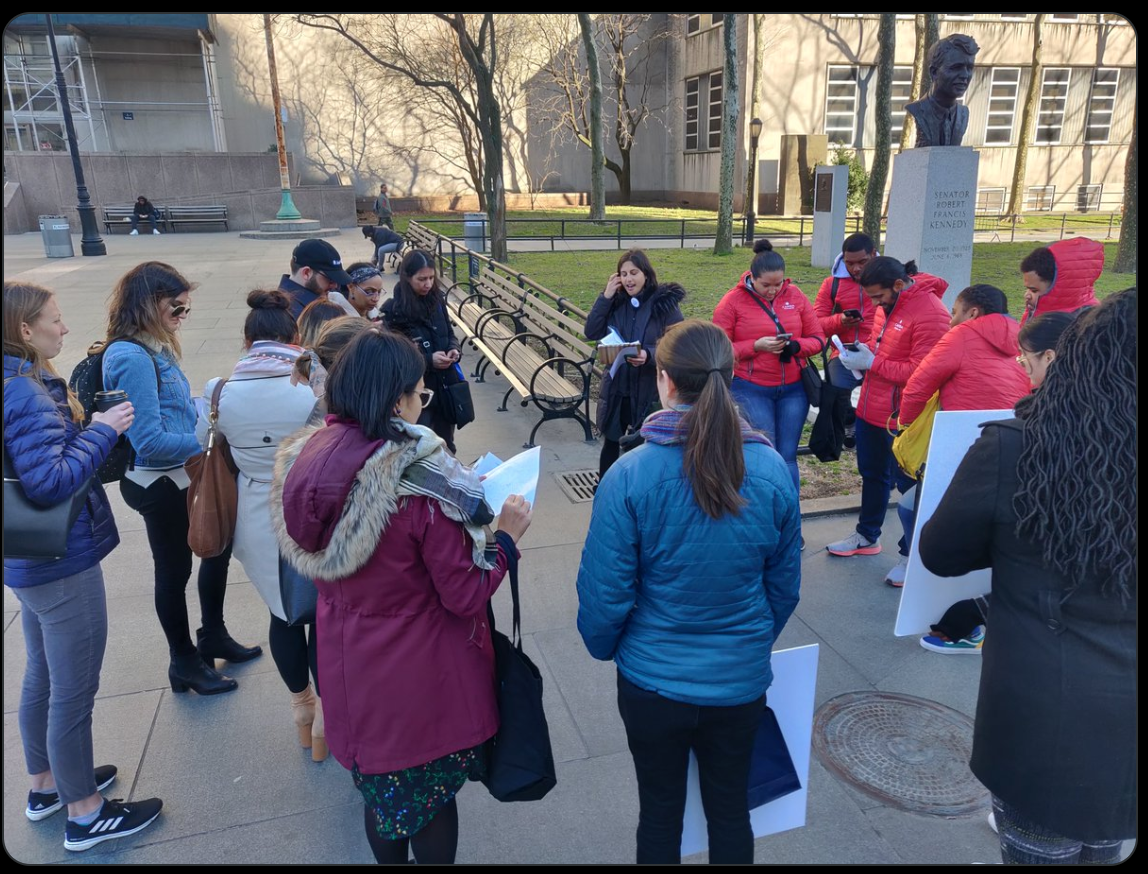 First, the OurHome.nyc website is intended for the NYCHA community, however reaching this community was challenging. Despite hiring an outreach coordinator and working directly with a NYCHA health official, it was still difficult to get the word out. This was further complicated by the fact that NYCHA discontinued the agency’s community newsletter.

MOA also did not anticipate the amount of tension between the NYCHA and the community they serve, which possibly discouraged the agency from fully supporting and promoting a tool that could highlight shortcomings in their own service provision. Second, the stigma associated with living in public housing may have made it more difficult to identify individuals willing to participate in a public-facing data challenge.

Measure of America has identified a few recommendations for organizations interested in conducting similar projects centering in the 500 Cities data, outlined below:

To learn more, follow @MOA_org on Twitter. If you are interested in learning more about this team’s project approach or have specific questions regarding replicating their work in your community, please feel free to contact the Principal Investigator of this project, Rebecca Gluskin.